Riley, curator at the South Arkansas Historical Preservation Society, was the first speaker. Riley gave a presentation on the Michael Fitzgerald Collection, a vast assortment of Hollywood memorabilia and films that first belonged to the late El Dorado resident Fitzgerald.

Riley gave the historical context of the collection, which was practically unknown locally while Fitzgerald was alive.

"I talked to a lot of [Fitzgerald's] peers from high school; in fact his next door neighbors I talked to them. They didn't know him beyond saying hi. They'd notice that there would be people who were very busy, people parked outside and a lot of traffic going in and out of his house, they just never figured out what was going on," Riley said.

Fitzgerald befriended a number of actors and actresses from the Golden Age of Hollywood and published several books, including a historical survey called "Universal Studios" about that studio.

His collection, Riley said, in part came from gifts given by these friends.

The presentation featured a short documentary made locally about the collection and Riley and the Preservation Society's efforts to preserve the delicate film reels and other items.

Preserving the films is delicate and painstaking work, and Riley said the Preservation Society is currently looking to fund a scanner to help with the job.

The keynote speaker for the festival was Dr. Thomas Langley, distinguished professor of psychology at Henderson State University and author of "Batman and Psychology: A Dark and Stormy Knight."

Langley's presentation explained his work, which centers on using fictional characters as objects of psychological study, and went into some detail on the ways he, his students and like-minded psychologists have explored the concept.

Langley focused in part on how stories are used to shape lives and as inspiration for everyday struggles, including mental health struggles.

"Thinking about fictional characters, especially in my class where I was making [students] compare them to themselves, can make you think about yourself or your values in different ways," Langley said.

Stories, Langley said, are an important way that lessons are imparted and play a crucial role in development.

"In my own area, we don't just define something like conditioning or learning for people; we tell people about Pavlov and the dogs that he trained," he said.

Langley used the example of Batman several times as well, noting the experiences of people who drew inspiration from the character and stories of the fictional superhero to help in their own personal struggles.

Gilkey, a local author and educator who wrote "A Wisp of Faith", and Rice, a former state tourism director and author of numerous books both on Arkansas travel as well as fiction, also gave presentations during the festival.

The festival closed with performances by Poets of the Pines, a local poetry reading group.

The 2022 Literary Festival was the first since 2019 to be held at the SouthArk Library Auditorium. The 2020 and 21 festivals were held virtually due to the COVID-19 pandemic. 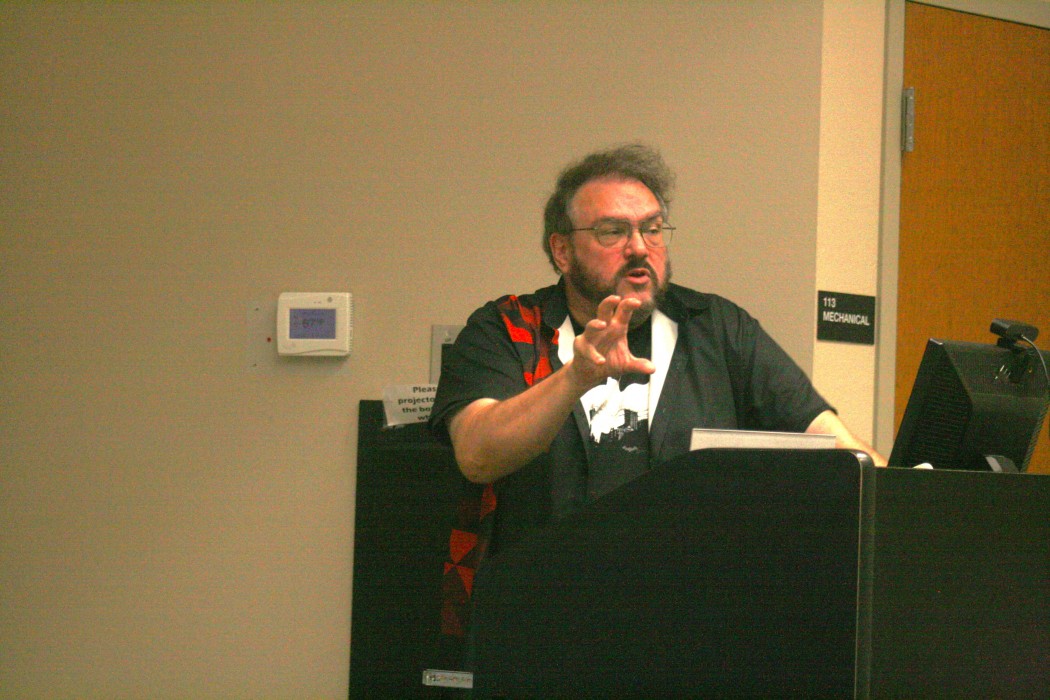