The 30th annual Mayhaw Festival was held on Saturday and the weather remained sunny throughout the day as crowds enjoyed the South Arkansas Historical Preservation Society's event.

Countless vendors plied their wares, ranging from food to varied crafts and other offerings, on the crowded streets surrounding The Newton House Museum.

"It's been really smooth and this is our biggest [festival] ever, I think we have around 73 vendors. There's been a massive turnout today," Riley said.

The SAHPS Gallery of History building was open throughout the day and added that many attendees were noticing exhibits they had not previously thanks to the exposure.

The ever-famous Mayhaw jelly, the culinary centerpiece of the event, was selling well from two separate booths at the event, Riley said.

Riley was part of a team that worked up until last week preparing over 1,300 jars of the jelly for the festival.

In addition to the many vendors offering items for sale, a number of local non-profits and other organizations also set up at the event for similar exposure.

One of those local organizations was Keep El Dorado Beautiful.

KEB president Janis Van Hook said the crowd had been sizeable throughout the day at the event and her organization had ample opportunity to spread their mission.

"We need all the exposure we can get," Van Hook said.

One of the group's primary missions is education, and Van Hook along with VP Valerie Smith and member Corey Williams passed out educational material and told curious attendees about the organization's focus on encouraging clean, litter-free neighborhoods and Adopt-a-Street program.

The Kiwanis Club also had a booth set up, and Melissa Rischer, secretary of the organization, agreed that the event offered plenty of exposure.

"We've had lots of people coming by," Rischer said.

Rischer said the organization was able to educate about their mission of raising funds and helping out local non-profits while trying to recruit new members.

The UCPLS often sets up booths with free books at local events.

"We've given away more books today than we usually bring [in total]," O'Connell said.

Several organizations, including the Union County Animal Protection Society and the South Arkansas Arts Center, had kids' activities set up alongside their booths to help entertain the many children our enjoying the day.

Live music also bolstered the festival atmosphere throughout the day, with acts including Reid Soria: Autism Sings, who took the stage around 11 a.m. Other acts included Broken Turtles and the Captain Ledger Band.

Other events during the day included the Mayhawlin' 5K Run and Walk, the Mayhaw Jelly and Biscuit Breakfast, a car and motorcycle show and the second annual Mac and Cheese Cookoff.

The Mayhaw Festival supports efforts by the SAPHS, a nonprofit organization, to preserve local history, heritage and culture according to previous News-Times reporting. 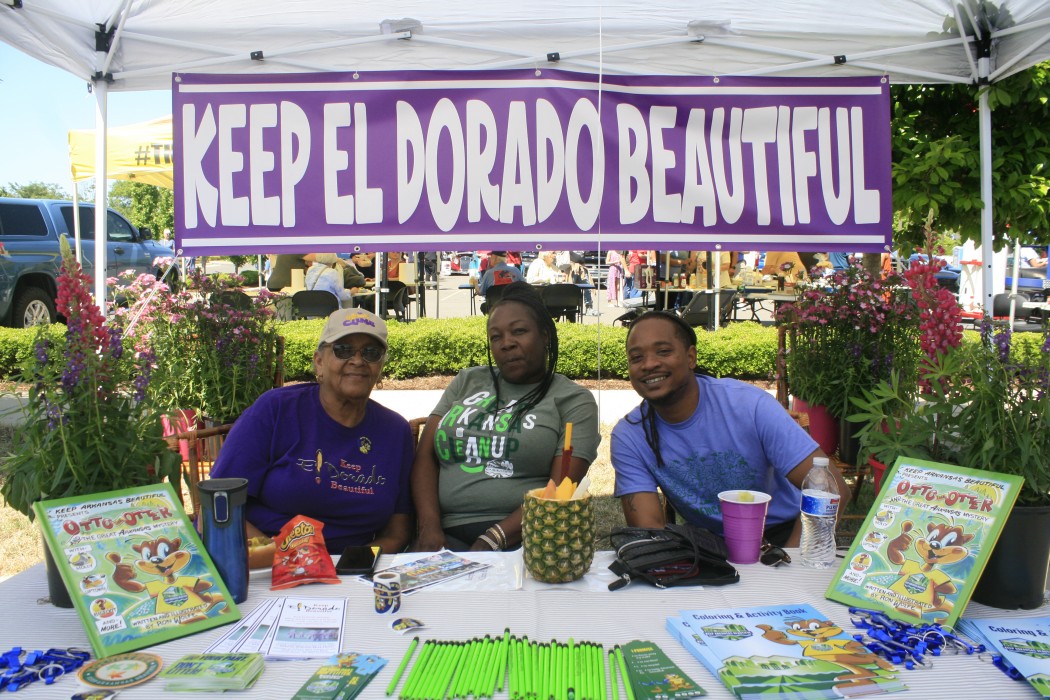